Maggot Cheese
Italian Food Culture from
the Region of Sardinia

You place a wheel of maggot cheese  in front of a group of Sardinian’s and the majority would be drooling over it...

But would you dare taste this authentic delicacy riddled with tiny maggots?

No two ways about it, my dad would be the happiest man on earth if it would be possible for me to take a wheel of this cheese infested with maggots to England with me, but the risk of it being confiscated  are that high it would be and utter shame.

I came across this video that I simply just had to share with you. Gordon Ramsey’s encounter with maggot cheese.

I found his reaction quite funny as specially when I think about the video that was taken on my 18th birthday party where my dad and all his friends are literally fighting over a mouth full of cheese with a maggot or two.


Many of you will be turning your nose up at the idea of eating maggots probably even more so when you think that the cheese is so much more tastier if the maggot is still alive when you eat it.

Casu Marzu is just one of our Italian food customs that for a number of years was in fact illegal to produce and sell.

But this never really stopped the production as it has always been produced and sold on the black market. 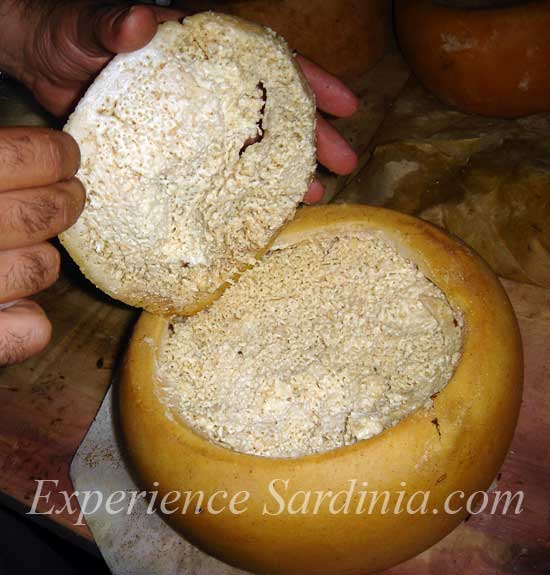 It’s not one of the easiest of cheeses to get hold of and is doesn’t come cheap especially when you are looking for high quality.

On my investigations about the production of maggot infested cheese I came to find out that the most sort after quality of this type of cheese is one that is  not actually intentionally made but obtained by a series of natural events.

To example this better, I was told that it is not possible to go a shepherd and order 15 wheels of maggot cheese.

In his daily production of pecorino cheese it is almost impossible to know which of the wheels will end up becoming this delicacy.

Apparently it has something to do with the milk that is used which determines the attraction of the cheese fly  to borough its way through the crust and lay the lavas.

Having said that, these days as this Sardinian delicacy has grown more popular, there are cheeseries that do intentionally prepare cheese with maggots.

My husband’s verdict on this (who I have to say absolutely adores it, personally I wouldn’t touch it with a barge pole, question of taste!!) is that the so called induced process of the production of this type of cheese doesn’t have the same fine quality in taste of the type that occurs in the natural process.

So basically if you looking to find some of the real cheese with maggots it’s a case of finding a local shepherd who just happens to have some and here you simply find out by word of mouth.

The funny thing is that when someone finds a shepherd that has maggots cheese, there is much secrecy as to who actually has it, simply because there is never enough of it for everyone.

A funny story about Maggot Cheese that explains just how much Sardinian’s love this cheese.

Many years ago when I lived in England, I had an uncle married to an English lady.

My uncle was out one day when the postman arrived to deliver a parcel sent from Sardegna.

My uncle’s wife opened this parcel to find a wheel of cheese which was riddle with maggots that were jumping all over the place.

Disgusted with what she saw, she wrapped the parcel back up and threw into the bin.

When my uncle came home, his wife told him what had happened and in went ballistic.

He ran out of the house all in a fluster, practically praying all the way to the bin, that the dustmen hadn’t already emptied them.

To his relief they hadn’t and it took his present back home with him and of course enjoyed every bite.

Wouldn’t do for all of us to have the same tastes!!

I found this video hilarious!

In 2009 the Guinness world records nominated this cheese as “the most dangerous cheese in the world”.

It was said that eating the live maggots caused a number of upsets like vomiting.... hmmmm really?

This island is noted for its high rate of longevity, so I find this somewhat of a controversy when you think that the majority of the older generation wouldn’t turn their nose up to a  piece of bread with cheese and maggot and have probably been eating for the best part of their life.

Dangerous, I don’t believe so,.. it could be part of the recipe of the long life!

Today this cheese has been including in the list of “traditional” Italian food customs and a request has been made to the European Union to award this cheese a DOP certification.

Curious to find out how this goat cheese is made… be my guess and do let me know whether you would give it a try!

Just to show you know that all Sardinia delicacies are somewhat bizarre, here are a collections of traditional cookies that are super delicious and to look out for if you come to Sardinia.

Goat Cheese
Would You give it a go? 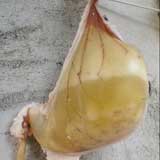 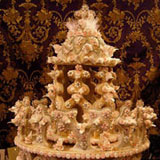