Autumn’s back and the grape harvest is in full swing here.

After saying that some qualities of grapes do ripen earlier and have been harvest at the end of august but they are eating grapes.

Our local winery Antichi Poderi Jerzu usually opens up in the first week of September and then its all systems go...

The Vineyard in the Valley of Pardu 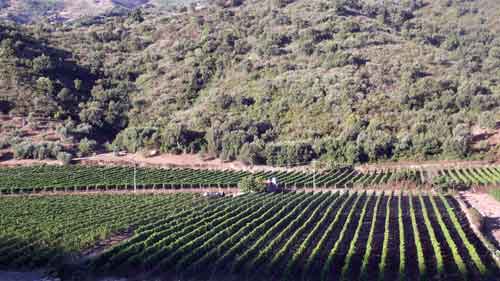 The last time I went grape picking is when two of my friends came across for a holiday and they wanted firsthand experience. They loved it, there they were bikini tops on working away and lapping up the sun at the same time.

I have to say thank heavens that we (me and Luigi) do not have a vineyard to tend to. It is truly hard work. But every year either me or Luigi do go and help my brother-in-law Cesare grape harvest. This year I decided to go. 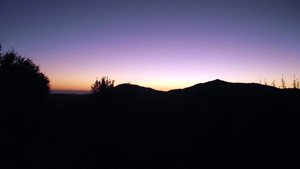 Something that is done quite often here at grape harvest time of year, family and friends help each other out.

The compensation is a good laugh, lovely day out in the countryside and a juicy piece of meat on the spit roast for dinner.

But that doesn’t take way the fact that I ache from head to toe the next day. We can’t have it all! 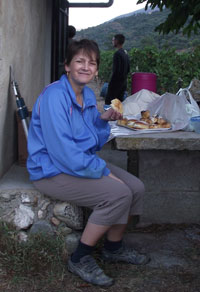 Early morning rise, while I was waiting for Luca to come round I took a photo of the sunrise outside my house.

Ginevra took one of me, just to show how awake I was. Off  we went. The Valley of Pardu was our destination.

When we arrived Cesare and Luisa were already there getting the buckets out ready and more importantly the coffee pot was on the stove.

Ginevra arrived just in time with a tray of fresh cakes, so I got straight stuck in. 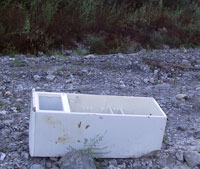 At that time in the morning the vineyard is still damp and it was quite chilly.

The sun was due to appear from over the mountain top at around nine, so off I went on walkabouts.

And this is what I found lying on the river bed.

Apart from that the rest of the place is a beautiful setting.

The Valley of Pardu 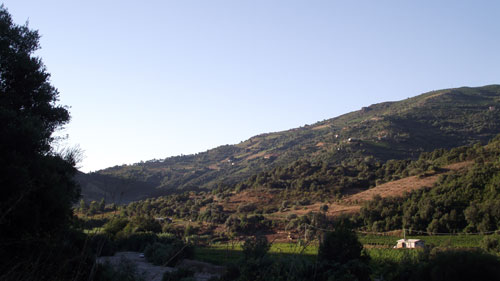 The sun was out and the rest of the gang (family that is) had arrived so let the grape harvest begin!

Today we were picking a grape called Alicante, to take to the local winery Antichi Poderi Jerzu. Used mainly as a blending grape due to the fact of its deep red color. Basically the meant we’d only got half of the vineyard to harvest, not that I was complaining! 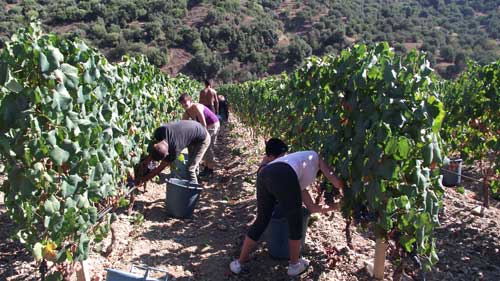 Off we went in starting at the bottom end of the vineyard, working our way up with the buckets. When the tractor arrived, they started to empty the buckets straight into the trailer. 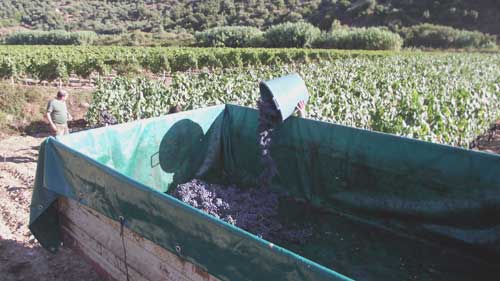 After about an hour, it was break time, here they call it Ustai, coffee, cakes, cobs whatever you fancy... it is still used widely , it all depends  who you are grape picking for. 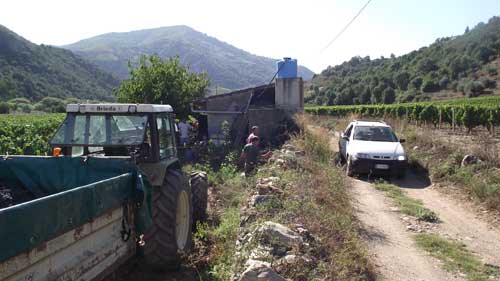 The nice thing about grape picking with family and friends is that it is all done with a light hearted atmosphere, not with an proprietor that has a wipe in his hands (that of course is an exaggeration but you know what I mean!) .

I’ve been told that years ago when it was grape harvest season and transport back and forth from the vineyards was difficult, the harvesters would camp for days until the job was done. Not sure I’d like that idea, but you hear the stories every year about how it use to be...hard work but great fun at the same time! 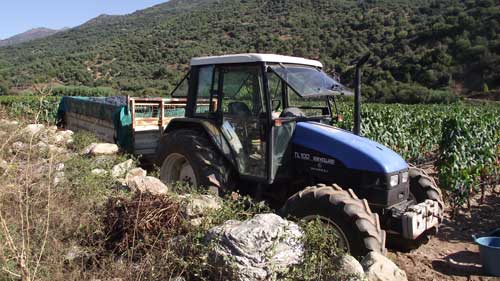 Another hour and half and all that needed picking was on the trailer, which was a blessing as the Sun was starting to beat down quite heavily and I didn’t want to end up like betty beetroot !

The meat was cooking slowly on the spit roast,

Dinner's On It's Way 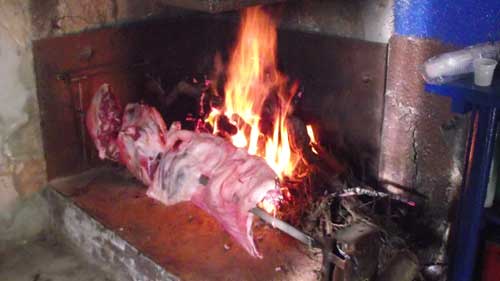 the buckets were washed out ready for the next grape harvest (picking grapes for homemade wine), 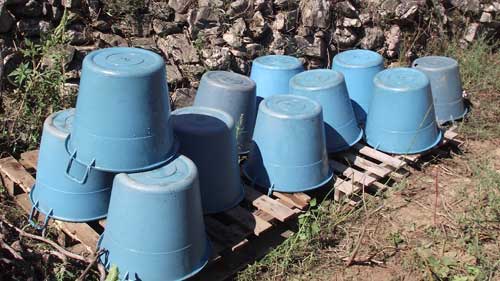 the table was set and the rest of the day was passed idly chit chatting enjoying the warm (in this case a bit too warm!) afternoon... 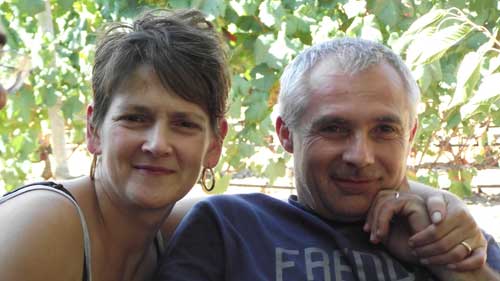 Overall it was a lovely day...until next year!!

I have included a photo gallery of the whole day. The slide show does move on its own, just hover the point over the photo and it will stop the movement, or you can use the back and forth buttons.

This is what you call a typical grape harvest day in Sardinia when grape picking with family and friends, but of course, there are bigger vineyards where the owner takes on pickers usually teenagers in search of a bit of pocket money.  In fact, for many, school doesn’t begin until October after the grape harvest season is done.

A few days later I went to the winery to see what happens to all those grapes picked in the next stage of the wine making process. 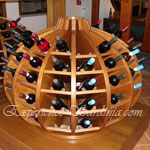 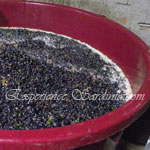 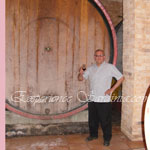 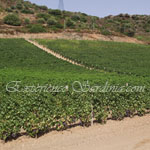 Where to Buy
Cannonau Wine 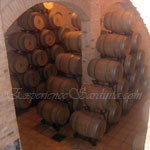 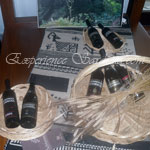