Discover The Province
On This Mediterranean Island

Ogliastra is one of the Italian provinces deep in the heart of Sardinia.

Many consider and describe this corner of paradise as ‘an island within an island’, after living here for 20 years, I realize that this statement has many truths. 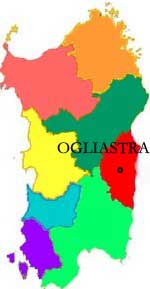 There is no point in hiding the fact that this Province is definitely not  one of the easiest  Italian Provinces  to  get to.

Extra time, effort and more often than not extra money, is what makes this Italian Province isolated from the rest of Sardinia.

This in reality is considered to be the great advantage that is behind the immaculate preservation of the landscapes, coastlines, traditions and culture of its people.

This new Italian Province is the least known, as it is also the least populated Province in Sardinia and it is certainly the least visited!

Taking nothing away from these areas of Sardinia, but the reality is that these areas have the commodity of having nearby international airports.

The nearest international  airport to Ogliastra is in the Capital of Sardinia Cagliari, Elmas (CAG).

A journey that I dreaded 30 years ago. The windy roads carved into the mountain slopes always resulted in at least one stop… and  on that subject I’ll say no more!

Thankfully a new road was projected ‘The New  Oriental 125’ that connects Cagliari to Ogliastra. It was to have been terminated in 2002, we are in the year 2011 and it still isn’t fully terminated.

The parts of the new road that have been terminated have certainly made that dreaded journey not so dreading!

Ogliastra is made up of 23 small communities.  Apart from a few  villages that are at sea level  near the beautiful east coast beaches, the rest are scattered in the hillsides.

Jerzu Village In the Province of Ogliastra 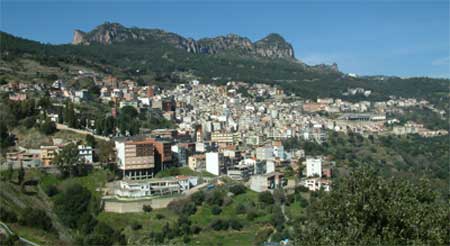 The distance between the villages in this small Italian province are fairly short, although the windy roads do make them seem longer.

The curious thing is that even though the villages are quite near to each other,  each one has its own unique traditions, cultures and even the Sardinian language changes from town to town.

Life in this province certainly doesn’t boast materialistic luxury but  a simple laid back way of life, lived in a natural  unspoiled environment  that is truly made up of traditions.

Traditions that are felt, respected and proudly passed on….As you will find out! 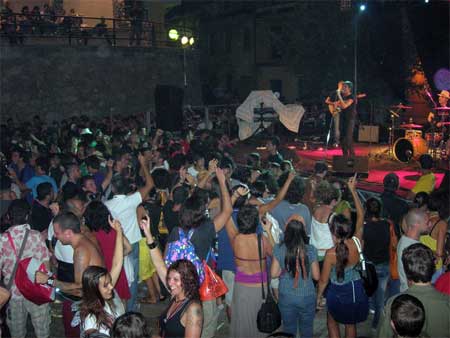 This tradition does not only belong to this Province. Small towns organize the  festivals in honor of various patron saints.  The usual custom is 3 days of live music in the piazza from a Friday night to Sunday night. 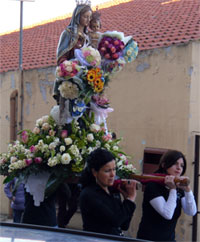 Each town has a church in the countryside.

It is a tradition and custom to camp and picnic near the church grounds with family and friends.

Take the word picnic lightly as Sardinian do have their own idea of what a real picnic is… and it’s not sandwiches! 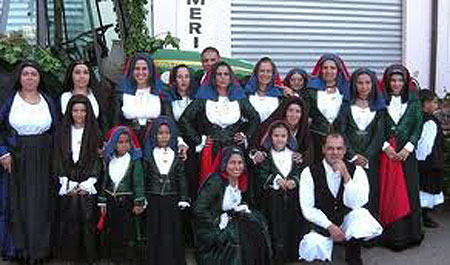 Each town has its own unique national costumes. 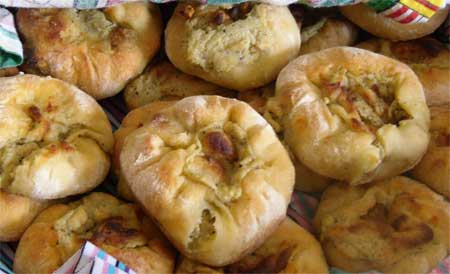 Many but not all villages have what we locals call a ‘Sagra’  (which means festival) that is dedicated to the harvest of various fruits that may grow particularly well in their area, like the cherry festival celebrated in Osini.

The festivals may also be dedicated to foods products that they known for , like the Sagra del Prosciuto celebrated in Talana. 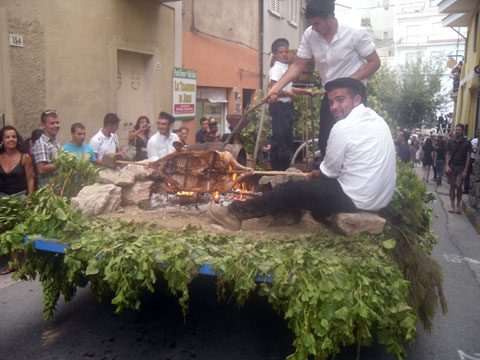 One of the most famous Sagra’s to be celebrated in Sardinia is the Sagra del Vino (Wine Festival).  This Sagra is celebrated in my home town Jerzu where the famous Cannonau di Sardegna wine is produced.

Another big festival that is celebrated in Jerzu is ‘Calici di Stelle’. Jerzu’s wine tasting weekends is attracting more and more  people every year. 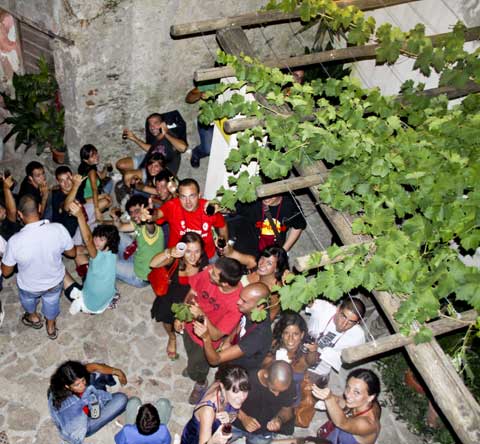 Last year’s numbers of visitors to Jerzu  was 12000 and the prevision for this year is even higher! I will certainly be updating on this very soon as this festival is celebrated on the 10th of August.

Just  like the rest of Sardinia this province has an ancient history.

Scattered all over the Province are antique archaeology sites that testimony the existents of man in Sardinia as far back as 3500 BC . 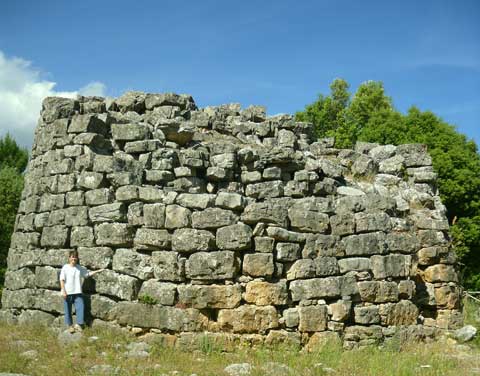 The rich and famous head towards the Emerald Coast, truly beautiful but outrageously expensive.

In my opinion that is the main why they all flock to this corner of paradise, it is expensive, attracts a certain cliental,  the in trendy place if you are someone, with the paparazzi in the right place to testimony their presence… Fair play!

But the one reason they can’t give for choosing the Emerald coast is;  that its beaches are the best in Sardinia. 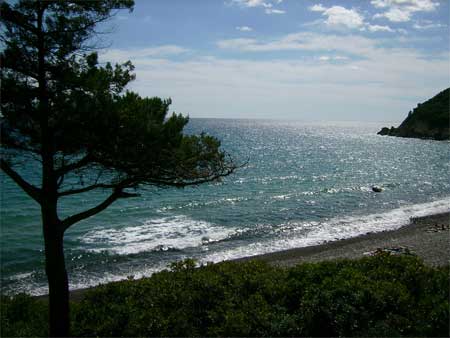 The east coast beaches of Ogliastra  are natures work of art as is the beautiful beach scenery that surrounds them.

The  Italian beach photo’s I have collected  show  that the Emerald coast is up against some stiff competition when it comes to deciding which are the best beaches!

I will be working my way through all the 23 towns of Ogliastra, to share with you my own personal opinion and findings. In the meantime all the towns I have listed  below link into another website, where you will find a short description about all aspects of each town. 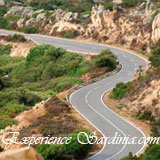