If you’re planning a vacation in the South or either

then the Cagliari airport is the best airport to choose. 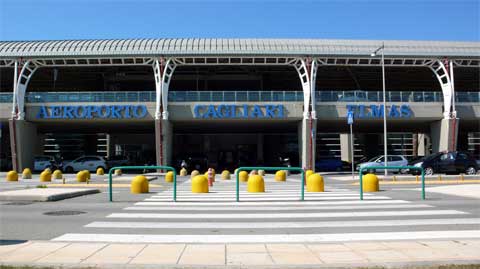 If you’re planning a destination further North of these locations then you may want to check out the other airports.

The search below already has Cagliari inserted, by inserting your preferred departure location you will be able to see all airline companies that fly to Cagliari. 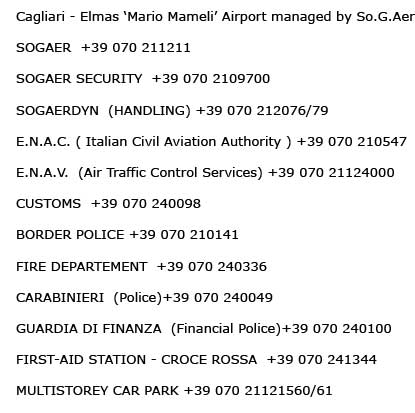 I truly hope you will not need these numbers but if you are unfortunate and do have problems with your baggage note that there are two baggage companies that operate in the Baggage claim area. 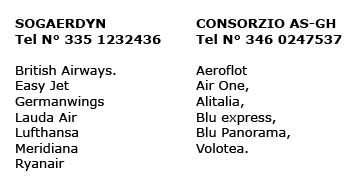 Out of all the airports the Cagliari Elmas airport is the one I have flown from the most.

Basically because my Sardinia holidays were always in the Province of Ogliastra and this airport was the closet to my destination.

I used the past tense because Sardinia has now become my home.

(I have shared my personal experiences of flying to Sardinia from UK if you would like to read about them.)

Although Cagliari is an International airport, direct flights are limited to and from destinations in Europe.

You can find more information about flights to Sardinia here.

The Cagliari airport was first built in 1937 and over the years it has had numerous facelifts; the last was in 2003.

I can still remember when I use to fly in to the airport before it was restructured, if it wasn’t for the runway near the airport the old building resembled more  like a large warehouse from up above.

One of the things I love most is when arriving at Cagliari and the plane begins it decent.

View From Outside the Departures Area
Cagliari Elmas Airport 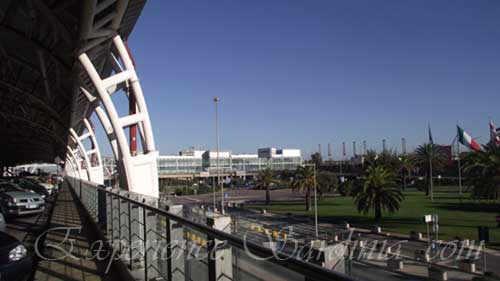 Looking out of the plane window you can see the city and then all of a sudden all you see is the Sea and I have to admit my first memory recalls that my thoughts were “where is the runway?”.

After numerous flights to Sardinia I now realized that is a standard procedure. The plane goes out to sea and turns around to face the runaway  for landing.

This is the best video I found for to see see exactly what I mean, so you know what to expect.